Master Key Experience Week 10: Get Inside That Dream

The time to get inside that dream is now.  Now. Now. Now.

As members of the Master Key Mastermind Alliance make the turn to persistence and the second trimester, something interesting happens.   It’s conflict.

As A boxing announcer would day “In one corner”… Doubt – Will it work for me?   Where are the results?

In the other corner… Faith – I really want this new reality I’ve been affirming for two months.

I know this conflict because while I’m one of the the facilitators I am also a member.   Doing the drill, the daily “homework” and experiencing many of the same things.  Rays of hope rush in like the tides and, just as quickly, doubts try to get equal attention.

To say this was not a struggle in the mid-90s with my first few passes at fidelity to the world within creating the world without would be a lie.   The battle would rage, back and forth in my mind.

I’m going to live in this truth that thought is everything… who am I kidding to think I can conceive a new reality of 3000 members experiencing the Master Key Mastermind Alliance?

I added exercises to reinforce what I was reading.

I extended the “sitting for ideas” time from 15 minutes to 30.

I knew the Master Teacher was right about “A double minded man is unstable in many ways” and it created layers of conflict.

Then in lesson 10 of the Master Key System I saw a sentence that made me so mad.  Oh, not the sentence but that someone must have snuck it into the text while I was sleeping.  You know how that happens?   I sure don’t.

Judgment is a dream killer

Why did that smack me upside the head?   In an instant I realized that I was “doing the drill” but no fully in, not really.   I was doing these things to “get” what I wanted instead of “giving” these idea without expectation.  Trust.  It was all about trust and I had the results as a measure of success instead living in the experience.   In essence, I was looking at the results… actually looking for results to form my “conclusive opinion.”

Every master key member knows “opinion” is a judgment and all judgment comes from the old blueprint’s compulsion to reaffirm a sense of self.   Holy crap!   How can I become a new person with a new life if I keep reconfirming the very thing I am trying to replace?

Are we funny or what?

I was talking new reality and waiting for it to show up by reconfirming, with each doubt, the current reality… which, ironically, was based on my past reality.  OMGoodness.

I stopped doing the drill, the check list… DMP 3X a day, reading index cards, sitting, reading and all the rest of it.  I stopped, just flat out stopped. It was like I was leading two lives… this guy who did these things to “influence” my subconscious and this other guy who was waiting for evidence to show up.  All the while there was this third guy, the “jury” waiting to render judgment.  Can you say “unstable in many ways?” 🙂

Everybody who understands anything about the mind knows we can’t just stop something, we’ve got to replace it with something else.  Plus, I had made, as all members to, promises to finish.  And Haanel’s warning, to not start if your not going to finish… that we are always training our brain was a truth I knew I could not abandon… that would be reckless.  Everybody says reckless behavior always leads to a wreck and I can attest to that too.

It was in week 10, in that sentence that the doing the “drill” and “waiting in judgment” ended and the idea that the whole is greater than the sum of the parts took on a completely different meaning.   I became, fully, the observer and that simple act released me from judgment, opinion and negative thought… from doubt.   I moved all in.

I stopped “doing” the drill and embraced this is who I am.  Now.  NOW!   These readings, sittings, thinking periods, recordings, blogging was no longer going to be things I was “doing” but it was who I was.  And, as promised in sentence 9, the line was crossed, the connection between the finite and the infinite began… with a rich flow of ideas.

I realized hope is not a strategy and that if my intention was good for others and did not take anyone else’s good, the way would be shown… the resources, the plan, the ideas would rush in.   And so they did.   What had been a “drill” or “laundry list” became the best part of the day that I could decide to let spill into the rest of the day.

THE KEY TO THE VAULT

It was not longer, the assignments, an “interruption” of my day or chores I needed to complete to keep my promises I had committed to in writing, it was who I was.  Full immersion into the new reality.  Full.

I detached from the outcome and lived with focused attention, in the moment.  Perfectly? Instantly?   Of course not… hell, I’m still working on it daily.  But it is a lot easier to get in that spot and stay in that spot for long periods of time when I remain the observer.

So now I’m all in and the idea of carrying this message to the world, to help people help themselves “shed” the cement and become self-directed thinkers comes to me day after day in my daily sitting for ideas.  This Master Key Experience can be huge I start thinking… people will inspire others by example… with hard work, they can help themselves change and their mere presence will motivate others to take charge of their lives.

And Opera interviewing us pops into my mind.   And I begin to weep.   No, not over the idea of size or glory… I weep because instead of “who am I kidding?” being the reaction, it’s “why not see what the infinite has in mind?”

I start animating the dream board, the movie poster if you will.  It turns out, right on that property, we held our first retreat…

Now all that is cool, it’s great, it’s… well, a dream coming true.   But that’s not the really big thing.

Just as Haanel explains, the plan and the people to make this all a reality are showing up.   People like Donald Overlander,  great guides… people smarter than me, people with immense gifts that they want to share, great ideas and reliability that is the stuff legends are made from.   A true mastermind alliance so we can not just expand to well beyond 3000 members but… 30,000 and unlike most expansions, improve the end users experience rather than compromise it.  WOW.

How cool is that?

I know, with every fiber of my being, that within the membership this year, 2016’s members, are more pieces of the puzzle, people like Dan & Jenna who have gifts, who want to take on this cause to

Famous Amos showed up and was blown away

alter the consciousness on the planet.    People who have gifts, ideas and skills that can move the Master Key Experience from an idea who’s time has come to a movement that inspires thousands.

And all I have to do?   Well, that’s not really important, that’s just the personality of what I am holding as a reality.   What is important is the principle.

The principle?   Be in as much of your new reality as you can be now, animate your dreams now, go drive that new car every week, go to Paris in your mind by cooking

Have some fun with this… cross the line, be yourself and TRUST… if we get off a very adroit way to “judge” based on measuring our perceived effort against results and simply become that new reality… it happens and usually, really, in a better way then you could possibly imagine.   We never imagined that last year, during the Master Key LIVE Retreat, that people would love so much that they’d complain that it wasn’t longer… that they wanted more than 4 days, that they wanted 6 days… and so it will be.

It’s coming in July, late July and that’s not really important in the context of this blog… what is important is the principle – I began living in this dream, stopped doing the drill back in 2010 and detached from the outcome.   I never imagined we’d be getting emails about the 2017 LIVE RETREAT; that we needed to make it bigger this year, not next year.  So we did.  We opted for the bigger room, and there are, as of Dec. 12th, 11 slots left.  [Retreat Info]

The important thing is GET INSIDE THAT DREAM!!  Experience a “taste” now and lock it in your mind and relive it over and over… just like I do at the Sheraton and with Oprah.

Live in your dream now, do it now.

Avoid the mistake I made of measuring my effort against results… that’s old blueprint stuff.

We gave 100% to the now and detached from the outcome, trusting Universal Law.

Thinking about the Retreat?  Here’s where 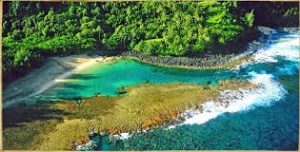 Mark is considered a Trainer’s Trainer. Students from 50 states and workshops conducted as far away as Thailand and Germany fostered 54 consecutive sell-outs worldwide in less the 2 years.

Mark’s passion is helping people understand the wealth they seek already lies within them. More importantly all the directions to access and harness this power are freely available.

"WE MUST BE WILLING TO LET GO OF THE LIFE WE PLANNED TO HAVE THE LIFE THAT IS WAITING FOR US..."  JOSEPH CAMPBELL

Please log in again. The login page will open in a new tab. After logging in you can close it and return to this page.